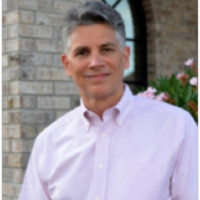 Dr. Andrew I. Tobkes has more than 30 years of medical training and experience and is the medical director of Space Coast Endoscopy Center.  After graduating from Emory University with a Bachelor of Science degree in biology in 1985, he attended the University of South Florida College of Medicine in Tampa. He also completed his residency in Internal Medicine and fellowship in Gastroenterology at the University of South Florida. During his time at USF, he was honored to serve as chief resident and was awarded as the most outstanding resident in his training program.

Dr. Tobkes has co-authored multiple articles in gastroenterology literature. He has been in private practice in Rockledge since 1994 and has privileges at Wuesthoff Hospital and Cape Canaveral Hospital.

Dr. Tobkes’s ratings are among the best for Rockledge Gastroenterologists, receiving a combined average rating of more than four out of five stars on Healthgrades, Vitals and Google My Business. Among his highest ratings are his trustworthiness, ability to answer questions and time spent with patient. One five-star reviewer says:

“In a world of robotic, uncaring doctors, Dr. Tobkes is gem. Dr. Tobkes has an exceptional bed side manner. He takes the time to listen and explain in detail. If you need a top notch GI, look no further. 10 stars out of 5!”